All stoners at some point or another have wondered if they really are getting the most out of their bud.

”Be you a vaper, bong-head or joint-smoker there will come the point where you feel like you aren’t getting as high as you used to.”

Every method of smoking has its benefits. The bong gives you a quick and big hit, while joints last ages and can have different levels of weed allowing you to customize your high. Pipes, however, have no kind of filtering allowing for a big hit full of cannabinoids and other chemicals while vaporizers allow for minimum tar and maximum THC, yet be you a vaper, bong-head or joint-smoker there will come the point where you feel like you aren’t getting as high as you used to.

So we thought we would ask, what is the best way to smoke your weed?

Even though I swear by my vape these days, I used to be a true bong-head. I figured that smoking bongs was the logical choice as I only needed one bowl to get high. Not only would the bong get me nice and stoned but it would get me stoned really quickly, and in just one hack, I always saw bongs as the stoners’ equivalent to doing a shot.

Even though the bong was great for me at the time, allowing me not only to get super stoned quickly but it also lowered the risk of my roommates catching me as I only needed to do one quick hack out my bedroom window.

Unfortunately, I quickly discovered that bongs work you up one heck of a tolerance in a relatively small amount of time.

Personally using bongs got my tolerance up to such a stage that I could barely get high smoking any other way.

So all in all not a great solution.

Naturally, I did some research online, and the first thing that jumped out at me was the benefits of making edibles.

With edibles, I could intake the maximum amount of THC from the plant and get a long and potent high. As we metabolize THC differently when we eat it, the effects take a lot longer to kick in but are stronger when they do and last a long time, usually ending up with you falling asleep with food in your bed.

Speaking with Mateo, Stoner’s Academy’s co-founder and a fellow grower, he said that 2g in edibles should be enough to get me reasonably stoned. 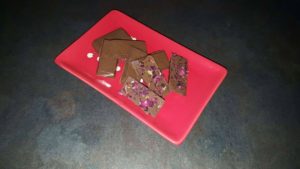 It sounded too good to be true, and unfortunately for me and a tiny portion of the population, it is precisely that. I will save the details for a future post, but the short of it is that I lack a particular enzyme in my liver due to a rare condition which prevents my body from being able to absorb THC through edibles. This sad fact means that I have taken edibles with doses as high as 750mg of THC with literally no effect, so I would have to find another way.

”but it wouldn’t solve the problem of having such a high tolerance.”

After thinking about why it was that my bong got me the highest, I then considered smoking a pipe. I figured that the lack of water or any kind of filtration would allow for a stronger hit. While correct in principle, this just means that I’m smoking more carcinogens and dirty smoke. Not only that but it wouldn’t solve the problem of having such a high tolerance, but I figured that if I was willing to smoke all the toxins that come with using a pipe, I may as well smoke joints or blunts and smoke something a little more pleasant. 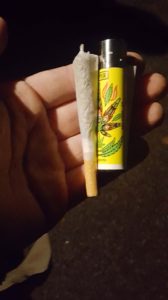 It took me some time to work down the size of my blunts to something reasonable, but I got there in the end. Two weeks into just smoking blunts instead of bongs, and I was surprised to notice that my tolerance had fallen enough that I could get nicely stoned from just smoking one.

”rolling is a little sacred ritual which makes the joint feel like a mini work of art. ”

Joints and blunts are a great way of smoking for so many different reasons, especially in a social setting as nobody has ever said no to a toke or two.

They are great for customization too as the sheer amount of papers ranging from ultra thin to flavored in any size imaginable means that everyone can tailor their joint to their specific tastes. Not only is the joint itself customizable but everyone who smokes any type of J will agree that rolling is a little sacred ritual which makes the joint feel like a mini work of art.

Does Vaping Get You High?

”I couldn’t get over how practical it was […] letting you taste the difference between any and every strain without giving you smoker’s breath.”

Unfortunately for myself, I knew that if I stayed with joints forever, my tolerance would only go up again, meaning that I would eventually wind up on the old bong — That’s when I started vaping.

Just like when I switched to joints, it took me a long time to get my tolerance down enough to appreciate my vaporizer truly, but when I did, I couldn’t get over how practical it was. 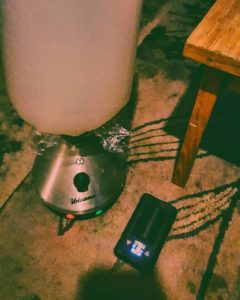 Being electric the vaporizer is completely windproof when used outdoors. Its lack of combustion means virtually no if any carcinogens and zero tar while also allowing for an excellent clear headed high. Not only does vaping have all of these pros, but it tastes better than any other mode of consumption too, letting you taste the difference between any and every strain without giving you smoker’s breath.

So What Is The Best Way To Smoke Weed?

The craziest and most important discovery in this quest was that I went back to smoking the bong for a few days, then back to the vaporizer my tolerance had hardly shifted. That’s when it hit me. There is no ‘best way to smoke’ which gets you as high as you were your first time every time you smoke, but if you make sure to mix up how to consume your weed regularly enough, you can get pretty close.

Each different method has its own unique effects, but when you switch between them, you notice these differences, so you can work your way through regular cycles of smoking in different ways, you maximize the feeling of being high. It almost makes getting high feel new again.

Saying all of this, I am a terrible influence and must say that taking a tolerance break followed by doing everything you can to keep your tolerance as low as possible is the overall best way to get the most out of your weed, and the best way to do this is moderation.

But if you are like me and can’t stay away from the Devil’s lettuce then mixing it up is the best way to go if you want to really start noticing your highs again!