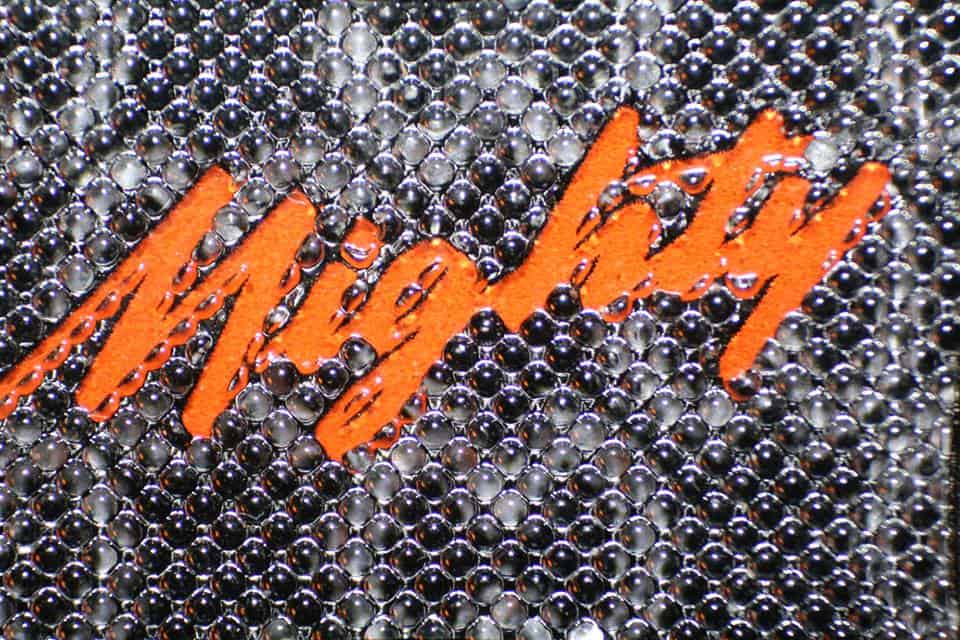 This article is the first part of a five-part series, reviewing the most famous vaporizers on the market

As part of our series on the most iconic and well-received vaporizers of all time, we at Stoner’s Academy thought it was only fitting to start with a review on the king of the vaporizers. One which many people understandably call the best handheld vaporizer available, The Mighty.

What is The Mighty?

Chances are, that if you have ever considered buying a dry herb vaporizer, you have at some point come across The Mighty Vaporizer. 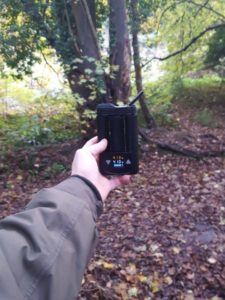 The Mighty was one of the first truly practical pocket vaporizers ever made and has a design so effective it is still ranked as one of the best nearly half a decade later.

”It is a pocket vapourizer designed by the German company Storz-Bikel, who are responsible for the iconic Volcano Vaporizer”

It is a chunky pocket vaporizer designed by the German company Storz-Bikel, who are responsible for the iconic Volcano Vaporizer. It has a temperature range from 0 to 410f a decent battery life, and excellent airflow.

The Mighty first came into my life when I was at college. My friends were all health nuts, and they decided to get some vaporizers so they could enjoy the benefits of that beautiful plant without having to inhale carbon dioxide and monoxide. After many weeks of research, they finally got Mighty Vapourizers.

Why I got one

I don’t remember much from the day they all got their vaporizers, but I remember being shocked that something could get me that and be that smooth.

Fast-forward a few years to last year when I dropped a glass spoon pipe I had for six months. The pipe smashed to pieces, revealing a thick layer of black gunk lining the inside. This gunk I suddenly realized was probably inside my lungs too, so I immediately went online and started to do some research into vaporizers.

There were many attractive designs from countless companies, but there were a few which stood out: the Pax 2, The Mighty Vaporizer, the G Pen, the DaVinci IQ, and the Volcano.  In the end, I went for the mighty, partially because it was the most expensive pocket vaporizer of the lot, but also because I had used my friends’ Mighties before and remembered how user-friendly they are for technophobes like myself.

Two days after ordering my Mighty online for a painful amount of money it finally arrived.

Upon unboxing my Mighty I was delighted with the professional feel of the packaging, and the branding found on the free grinder (or herb-mill) and filling tool which came in the box alongside vaporizer. Also included were it’s charger, a brush for cleaning and finally some dosing capsules (as well as a fat instruction manual and paper legal garb).

In all honesty, the first impression of the vaporizer itself was actually disappointing at first. I had just paid over 200eur for something made almost entirely out of plastic! Not only was it made of plastic, but the thing only had three buttons! Despite these things, and the bulky design only a mother could love, something about it looked so, well… Mighty.

Does it get you stoned?

I gave it a charge, which took about an hour and a half. I then used the well-made acrylic ‘herb-mill’ supplied by S&B to grind up about .7g. The top part of the Mighty (known as the cooling unit) screws off easily, needing only to be twisted 45 degrees and lifted off to reveal the tidy bowl inside. The bowl is a nice little metal bowl with a permanently fixed gauze at the bottom.

”After those first hacks I couldn’t get over how high it had got me.”

I filled the bowl with the filling tool which is basically a grinder shaped funnel which clips onto the bowl, allowing you to fill the vaporizer without dropping your weed everywhere. Once the bowl was (quite tightly) packed I put the cooling unit back on, twisting until it clicked into place and turned the mighty on. 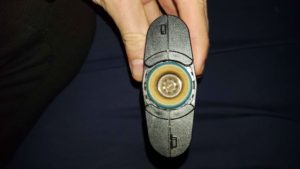 Using the arrows on either side of the screen to control the temperature I set the vapouriser to a nice 360f, as this is 45f above the boiling point of THC and usually gives a nice thick vapor. The Mighty did not disappoint, giving me around ten deliciously fruity hacks before the vapor began to thin out, at which point I pushed the temperature all the way up to 410f to get that final big cannabinoid hit.

”My body felt super light, like I could go for a hike, and when it wore off, I had no ‘weed-hangover’ making me sluggish all day.” 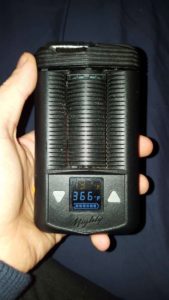 Half an hour after those first hacks I couldn’t get over how high it had got me. The lack of toxins and amount of pure THC I had inhaled gave me an extremely heady high. Despite feeling very stoned, with those saggy red Cheech & Chong eyes, the high never gave me any kind of couch lock or much of a heavy body high. Instead, my body felt super light, like I could go for a hike, and when it wore off, I had no ‘weed-hangover’ making me sluggish all day. The exact kind of high you could sober up from and go to work just fine the same day (not that I recommend this of course).

After seeing how stoned the mighty could get me, I almost forgot about its plastic construction.

It has a great battery life too for a pocket vapouriser and doesn’t take more than two hours to charge. This great battery life is due to the Mighty containing two huge lithium-ion batteries allowing a good two to four sessions per charge depending on how hot you vape your herb and how long your sessions are. Many people complain about the chunky weight and design of the Mighty, however personally for me, this adds to it, giving it a feel of durability and power (I would even go as far to say, Might).

As for cleaning, it could not be easier. The bottom of the mighty hides a secret compartment containing an orange toothpick-like tool which slides out and can be used to get already vaped bud out of the bowl. The bowl can then be dusted off with the brush. 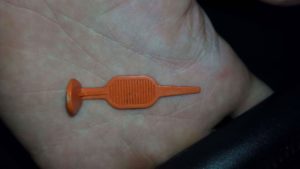 ”Over time the inside of the Mighty does collect resin and can clog, but this is super easy to fix.”

The Mighty also contains a small screen which stops bud from being sucked into the cooling unit and sticking to the inside. This screen can get clogged with resin over time, but several replacements are included in the box and they are a standard size easy to get at any head/grow shop. 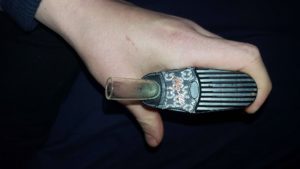 Over time the inside of the mighty does collect loads of resin and can eventually clog, but this is super easy to fix. You simply unclasp the bottom half of the cooling unit using the switch under the mouthpiece and pull the cooling unit open. You can then either use the toothpick tool or a dabbing tool to scrape the resin out or use a toothbrush and ISO alcohol to clean the inside. Or if you were really lazy buy a new cooling unit every few months online for around 20eur.

Due to its ease of use, there isn’t really any way you could go wrong with the Mighty. It is a great vaporizer which gives nice dense vapor which is rich in flavor. It can hold it’s own when competing with the best tabletop vaporizers, let alone handheld/pocket ones. It has a nice long battery, charges quickly and can even maintain a good temperature in the wintertime. 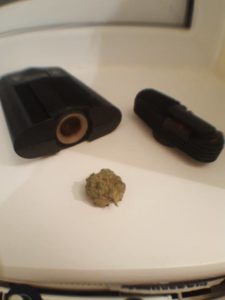 ”such a distinctive and well put together piece of kit”

All in all the Mighty Vaporizer definitely lives up to its name and is high up on my list of must-have items for all stoners.

It does though give the user a sense of power knowing that they have such a distinctive piece of kit, can you handle its might?