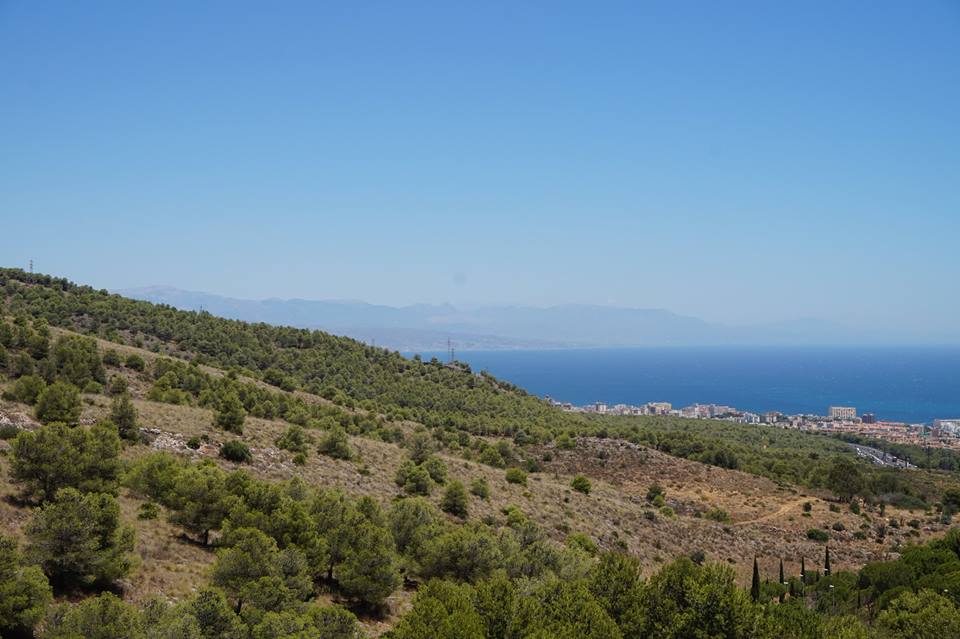 In this series, we are going to be covering one of the most exciting topics in the stoner community: Cannabis Tourism. We will cover everything from the conditions and legality of the consumption in each country, why people visit these countries to smoke marijuana and even run through possible expenses and our personal experiences.

To kick things off, we will be discussing where Stoner’s Academy writer and co-founder Carlos grew up and currently lives, Spain.

Is Weed Legal in Spain

Short answer: Yes and No. Weed is illegal for sale and public consumption, but completely legal for personal use, even recreationally so long as it is in a private space such as your home or a cannabis-club.

Spain is a beautiful country located in Europe’s Iberian Peninsula. It is home to 46 million of the worlds friendliest people, and some of the best food you will ever taste. But, something that most people don’t realize is that as well as paella, package holidays and bullfighting Spain also hosts some of the worlds greatest seedbanks (Dinafem, SweetSeeds, and DeliciousSeeds to name a few) and many ‘cannabis clubs, yep you heard us right, cannabis clubs.

Why would stoners choose to go to Spain for a cannabis-themed holiday when cannabis is still illegal to smoke in public there?

In case you didn’t know, despite being technically illegal to smoke in public spaces, Spain has some of the most relaxed and interesting laws regarding marijuana. These laws have allowed the country to establish Barcelona as one of Cannabis Capitols of the world alongside Amsterdam and Colorado.

The law in Spain states that the commercial use of cannabis is illegal, but personal use (even for recreational purposes) isn’t, and the Spanish being the industrious people they have come up with some clever ways to exploit this law.

Where I live in Spain, you can find six fine establishments called ‘grow shops’. These grow shops can be found on almost any street corner and are quite hard to miss due to their (usually) bright green or weed leaf covered facades, over the top displays of cannabis growing and smoking products and the unmistakable smell of marijuana mixed with joss-sticks.

Inside, these shops are like toyshops for stoners and growes. These shops sell everything from rolling papers to grow tents to rosin presses, but most importantly they sell seeds, lots and lots of seeds.

Since cannabis isn’t considered a drug until it’s germinated, and the fact that personal possession, and therefore cultivation is legal allows for a smart niche in the Spanish market which led to the birth of the grow shop. This means that anyone in Spain with private property (i.e., your flat) and a few months to spare could legally walk into a grow shop, ask for the dankest strain available, buy seeds, and plant them at home 100% legally.

Not only do grow shops sell all this stuff entirely legally but they also usually give you a load of goodies with your purchases, I was given a T-shirt once and a bottle of BioBizz nutrients another time!

Even though Grow Shops are great as you can buy seeds to bring home to countries where seed possession is legal, they aren’t too fun for tourists, unless you fancy seeing a bit of a novelty and not having to hide the fact you are a stoner.

That’s where cannabis clubs come in. In many provinces in Spain, you will find ‘cannabis clubs’, which are private clubs where you can go and get stoned with a bunch of other stoners in a cozy lounge for free*.

The clubs, cleverly get around the ‘no selling weed’ law by asking members to donate a fee to the club to allow it’s upkeep. Kind of like a cannabis co-operative where everyone chips in to get the product grown and then split the results at no extra cost, thus avoiding any ‘sale’ of cannabis. ‘

You may be wondering how this could benefit you as a tourist, but in Andalucia and Barcelona, joining a cannabis club is as easy as signing up, paying and waiting two weeks for membership activation. You can get around the activation period by signing up before your holiday online or taking an extended vacation.

Should you be visiting Barcelona anytime soon, we highly recommend Barcelona Coffee Shop as it is the easiest, and cheapest club for a foreigner to join that we know of, you can visit their website here.

Spain is a country famous for celebrating as many fiestas as they can fit on a Gregorian calendar, and of course, it found a spectacular way to celebrate weed.

Every year in Barcelona the World’s largest and most prominent cannabis exposition takes place. I am of course talking about Spannabis, which is a cross between Comicon for stoners and a Spanish fiesta with loads of live performances and music. Plus, some of the stands, as it is held in a private location visitors can smoke on site so long as they bring their own.

This event is the Hajj Pilgrimage for stoners. If you smoke weed, you must visit Spannabis at least once in your life.

Best of all Spannabis has a super helpful website which even helps you book accommodation and plan your trip. You can get to planning your Spannabis trip here.

The Spanish attitude towards weed.

Despite being born British, I was raised in Spain and have lived here almost my entire life, hence me adopting the name Carlos, so my Spanish friends could pronounce my name.

Growing up in Spain I noticed almost no stigma towards stoners. People don’t seem to bat an eyelid; most Spaniards even see drinkers as bigger ‘losers’ than stoners. This is because of how well-integrated cannabis has become in the Spanish consciousness through grow shops, decriminalization and personal cultivation.

Here in Spain I often walk around in T-shirts sporting strain names, or a jacket with three weed leaves embroidered into the right sleeve. I can dress like this anywhere I go and not be judged, be I in the bank, supermarket or showing up to work (before changing into my uniform).

Dressing like a stoner is something I never appreciated until I moved to the UK for a few years for work. Wearing the same clothes, I wore while in Spain I noticed I would get dirty looks in the street and even had a homeless man argue that I would ”spend money on ‘drugs’ but not give to the homeless” while using an ATM to check my balance. This made me realize that Spain is one of the few places where a stoner can truly be themselves and face no social stigma.

Not only do you face no social stigma in Spain but should you hypothetically illegally buy and smoke marijuana in Spain, people usually don’t bat an eyelid, especially on the beach. Not only that but the police are surprisingly forgiving, generally offering only a warning or small fine.

To highlight the attitude towards cannabis in Spain is an anecdote from last year when I was in a carpark with some friends after a gig. Over at the back corner of the parking lot, one of my friends was drinking a beer and the other rolling a joint, only to get instantly caught by the police, who to all of our surprise fined my friend for drinking in public, but only confiscated my other friend’s marijuana, grinder. Even though my friend should have been fined for having a joint with intent to smoke in public, the police only cared about my friend drinking. That night made me think about the way Spanish see cannabis compared to alcohol and other drugs.

For Europeans, who don’t want to pay the frankly disgusting prices for cannabis in Amsterdam, Spain should be first on their list as it is always cheap to visit, stay and eat, so long as you go to Spanish shops and bars (and not tourist traps). Not only that but the street price should you hypothetically decide to try it is around 5eur per gram. Not that we ever condone this out of respect for the country and your safety, especially considering how easy it is to smoke legally somewhere like a cannabis club.

Though saying that, due to Spain’s proximity to Morrocco I have heard good things from friends about the quality of the street hash, should you hypothetically decide to break the law. Though I can’t say I have ever done this…

We hope that this article helps you on your trips!