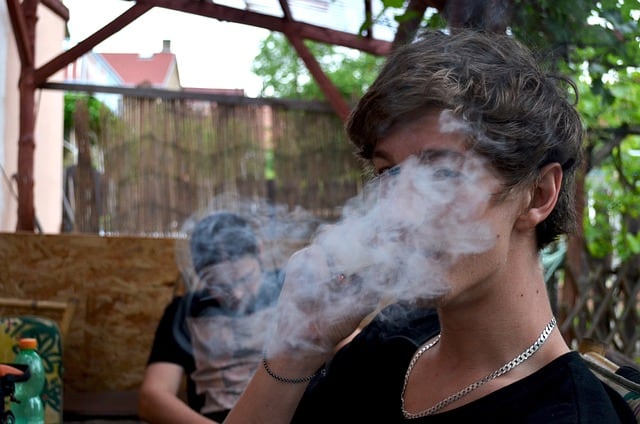 With the last sunny days of the year giving way to the Autumn rain, fewer and fewer of us want to go outside to smoke up. For most of us this isn’t too big of an issue, and just means more smoking indoors, but many of you won’t have such luck due to living with your parents, living at uni or in shared accommodation. While we don’t condone smoking anywhere you shouldn’t, especially when it can get you in trouble, we do understand that going outside to smoke might not be an option. Because of this, we have decided to share a few tips we here at SA have learned over the years.

Autumn and winter are terrible times to be a stoner, especially when you live in shared accommodation. When it gets dark and cold early, the usual excuse of slipping out for an evening ‘walk’ may seem suspicious or just be downright unpleasant. Not to mention the fact that the wind can smoke a decent amount of your weed before you get the chance to light it properly.  So if for whatever reason, you must smoke inside when you shouldn’t here is our best advice.

First off, put the rolling papers back in the drawer because what we are trying to do here is minimize smell and time as much as possible and joints and blunts are not only the smelliest way of getting high but also the slowest.

While a cheeky joint out the window may seem like a good idea, we can guarantee that it absolutely isn’t. This is because there is no way to prevent excess smoke from billowing out the end after every toke, and as we all know un-inhaled weed smoke is a lot smellier than the smoke you exhale. Not only that but the longer you are smoking, the higher the risk of getting caught.

While many stoners would advise you to ‘smell proof’ your room with a wet towel by the bottom of the door, and some tape to cover the gaps either side and above the door, smell proofing your room is far from the best solution. We all know that weed is a very distinctive smell, and unfortunately, unless you live on the ISS you aren’t going to get that airtight, smell proof seal on the door.  Because of this we instead recommend masking the smell over containing it.

Masking the smell of weed can be surprisingly easy, and there are at least five easy ways we can think of doing this.

The fist way to mask the smell is something every stoner should have, incense sticks, these guys not only hide the smell extremely well, but they also fill the room with thick smoke which can visually hide the smoke from your weed. The only problem with incense however is that the smell can carry through the house, and midnight incense burning usually only means one thing. Not only that, but the smoke can easily set off most smoke alarms, which brings us to our second suggestion, aftershave.

While most people would opt for deodorant or air freshener, these are both aerosols which can be noisy when you’re spraying them, not only that but personally we find the smell of both items tends to dissipate very quickly. Hence aftershave.

Aftershave is generally much quieter to use than aerosols and has a much stronger and longer lasting scent. Only a few squirts of aftershave can fill an entire room. But ganja of course has an even stronger smell which can overpower the aftershave unless you spray every few tokes, leaving you in a sort of manly smelling gas chamber (I speak from experience). This is why 17 year old Carlos discovered the ingenious (if I may say so myself) solution of the ‘smell barrier’

The smell barrier is a simple concept. The room can smell like a Rastaman’s garden so long as the two feet either side of your door don’t. To create a smell barrier I would spray a few squirts of aftershave on either side of my bedroom door and put a wet towel down. This would mean that not only did the aftershave inside of my room mask the smell before it leaked out but the aftershave outside would mask it once it had! Genius!

But wait, there’s more, masking the smell is only part of the solution. The most important factor in smoking discreetly is how you smoke.

How To Smoke It

As we mentioned earlier, spliffs are a terrible idea, this is why we would recommend using a vape, bong or pipe (we would suggest edibles but the process of making them could stink out a barn). Vapes are of course the best option due to the fact that they barely smell at all, and the smell they do produce isnt typically ‘weedy’. However if you are smoking in shared accommodation, chances are you’re a student or living at home and spending hundreds on a good vape might not be an option. This is where pipes and bongs come in.

Pipes and bongs are a great option for discreet smoking for the same reason. You can fill the bowl with small enough amounts of weed that you can clear them in one go, preventing the risk of thick smoke leaking out, but most bong or pipe bowls can be covered by hand to prevent any smoke escaping should you not clear it in one toke.

Pipes have a minor advantage over bongs with stealth though as you can hide them much easier and they make far less noise.

If you have followed all the suggestions above, then there are only two things left to do to prevent getting caught. The first should come without saying (but you would be surprised) and is to open your window as wide as you can for maximum airflow, and always exhale through the window! And for the love of God, if you don’t have one already, make yourself a sploof to exhale through! Essentially, for those of you who may not know, a sploof is essentially a tube filled with some kind of medium to filter the smell of your smoke, so that when it comes out of the other end (even if the smoke is visible) it smells nothing like marijuana. Sploofs are super easy to buy or make, and we have a blog post right here on how to make your own.

So with all this knowledge, you should hopefully be able to get away with smoking discreetly without getting caught. Even though we can’t stress enough how much we don’t encourage you to follow these steps and instead recommend you brave the cold, we know that you have to make your own choices.

So from all of us here at Stoners’ Academy, have fun and good luck!

link to 10 Common Mistakes Every New Stoner Makes
1. You’ve probably been filling your joints wrong. Yes, you herd me right, you’ve probably been filling your joints wrong. If you, like most stoners, have at some point put a little too much bud in your paper only to have it’s weight bend the paper and dump your flowers onto the floor, then I […]
Continue Reading
link to Quick Grinder v3 Review: Pros and Cons
After many years, and countless different models, you eventually find that one perfect grinder. Everybody looks for slightly different things in their grinders, but most people agree on three things: It must have a crystal catcher, strong teeth that tear through bud without snapping and a design which doesn’t clog up after only a few […]
Continue Reading